In 1998, University of Wisconsin researcher Dr. James Thomson succeeded in isolating and culturing human embryonic stem cells for the first time. Recognizing the potential of these unique cells, and aware that regulations surrounding their use in a university setting were unclear, the Wisconsin Alumni Research Foundation established WiCell in 1999 as a safe haven for the advancement of stem cell research in the politically charged environment of the time.

As a nonprofit research institute, WiCell has consistently worked to advance stem cell technology through research, education and technical support for the scientific community. WiCell established the first comprehensive training program for human embryonic stem (hES) cells that provided instruction to more than 800 scientists from around the globe during its tenure. From 2005 through 2010, WiCell hosted the National Stem Cell Bank, which collected, banked, characterized and distributed the 21 hES cell lines approved for federal funding in the U.S. by then President George W. Bush. WiCell received the highest rating possible from the NIH at the completion of the NIH National Stem Cell Bank contract. 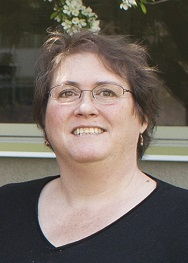 Tenneille Ludwig currently serves as the Director of the WiCell Stem Cell Bank overseeing the banking, distribution, and core services operations at WiCell. Dr. Ludwig obtained her Bachelor's and Master’s degrees from Washington State University prior to completing a Ph.D. in embryology and developmental biology with a minor in bioethics from UW–Madison in 2001. Her subsequent work in the laboratory of Dr. James Thomson (2001-2007) focused primarily on the optimization of cell culture conditions and resulted in the development of the first defined, feeder-independent culture system for human embryonic stem cells (TeSR/mTeSR). From 2005 to 2010 Dr. Ludwig served as the director of distribution for the U.S. National Stem Cell Bank operated at WiCell. Dr. Ludwig is a member of the Stem Cell and Regenerative Medicine Center at the University of Wisconsin, serves on the steering committee for the International Stem Cell Banking Forum (ISCBF), and operates one of the Core Laboratories for the International Stem Cell Initiative (ISCI). Additionally, she has served as a Scientific Advisor to multiple boards, including the International Stem Cell Forum Ethics Working Party, collegiate training programs, and national and international registries.